This number is increased significantly from the previous one only about 576.000 entrepreneurs in 3 years ago, however this number is still below 2% which is an ideal comparative number in developing countries like Indonesia. The government has made a target forward to reach 2% of the total population or about 5 million people to become entrepreneurs.

If we compare with neighbor countries such as Malaysia and Singapore who had sped away at around 5 percent of the total population, it affect positive correlated to economic growth and progress of the nation. According to expert’s opinion, for the next 2-3 years there will be some things that boost the number of successful businessmen in Indonesia namely moratiorium civil, economic crisis, and creative economy which is supported by the government. The prospective young entrepreneurs in Indonesia can increased from the students who are still in college by providing entrepreneurship-based curriculum because it is still very less enthusiastic students to prospective employers, characterized by 17% of students wanted to start their own business, others want to be profesional and civil servants (data from the Ministry of SMEs) after they graduate.

Most of young entrepreneurs enter the food & beverage and information & technology as their favorite sector. Nowadays, there are so many business competition and program which aim to leverage and help young entrepreneurs. I believe the economy of Indonesia will grow because of the emerging young entrepreneurs. The environment is better than few years ago though they are still young and lack of capital, they can cover it by seek an investment and mentorship program.

I am sorry for the late application, I just know this competition from my friend. I am actively involved in youth communities and entrepreneurship activities as well, also I am social media person so I am the right person you are looking for in youth entrepreneurship area 😀 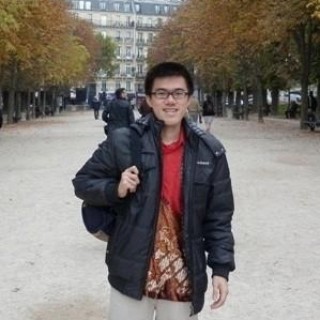 Hi, I am Industrial Engineering and lifetime learner who have been rambling along the way. Passionate in business, technology, and education. Welcome to the place where I share the story of my journey.